"It is intended by the reading room to bring the members together... to attract them by pleasurable as well as profitable society, away from the haunts of drunkenness and vice."

Milton Public Library had its roots in the old Mechanics Institute and Library Association. The Mechanics Institute was an organization created in the late 18th century to provide education and entertainment for the working-man. Starting in England, it soon spread across the English-speaking world and in January 1855, members of the Milton community met to establish their own Mechanics Institute. 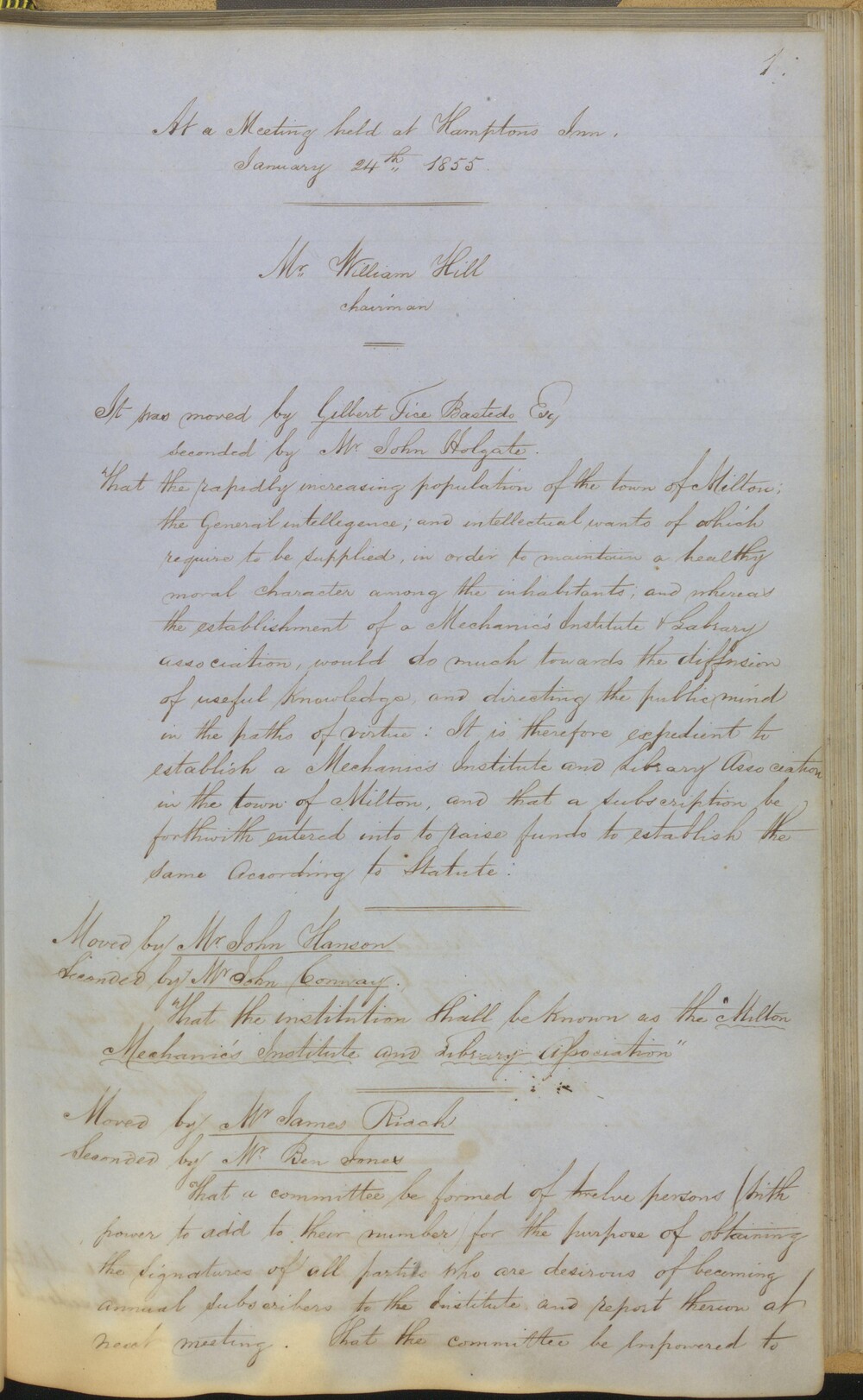 At a Meeting Held at the Hamptons Inn Details 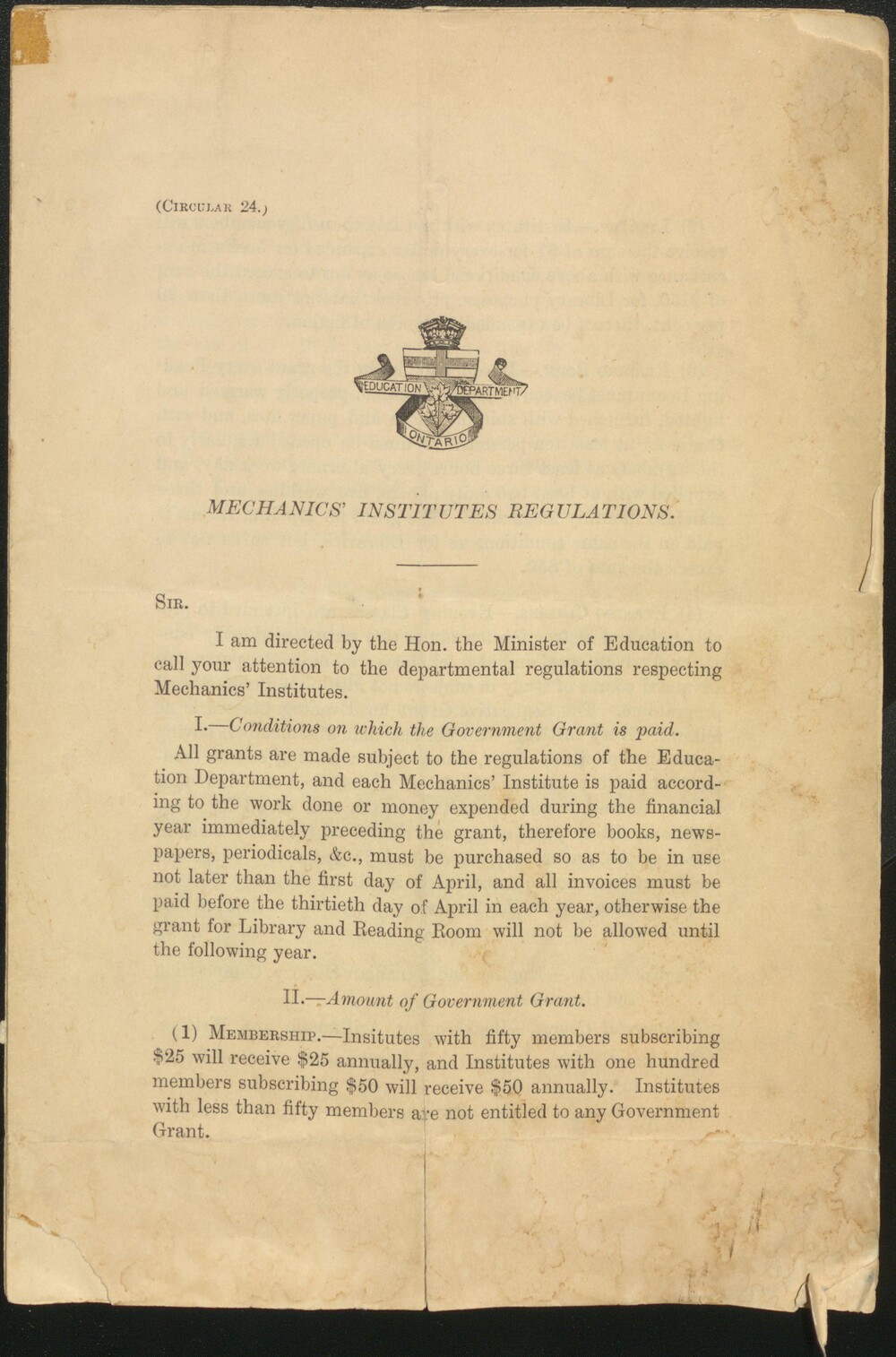