By today's standards the library resources seem few. However, it was indeed a good library for its time. By 1888, the Library was publishing an annual book catalogue which could be read in the library or purchased for 10 cents. This catalogue offered such edifying titles as Brigand Life in Italy, Anecdotal British Parliament, Animal Parasites and Messmates, and the works of H. Rider Haggard, Charles Dickens, and Mark Twain. Oddly, neither of the 1888 or 1901 book catalogues mentioned any of the plays or poems of Shakespeare, a curious omission by modern standards. This omission has long since been corrected! 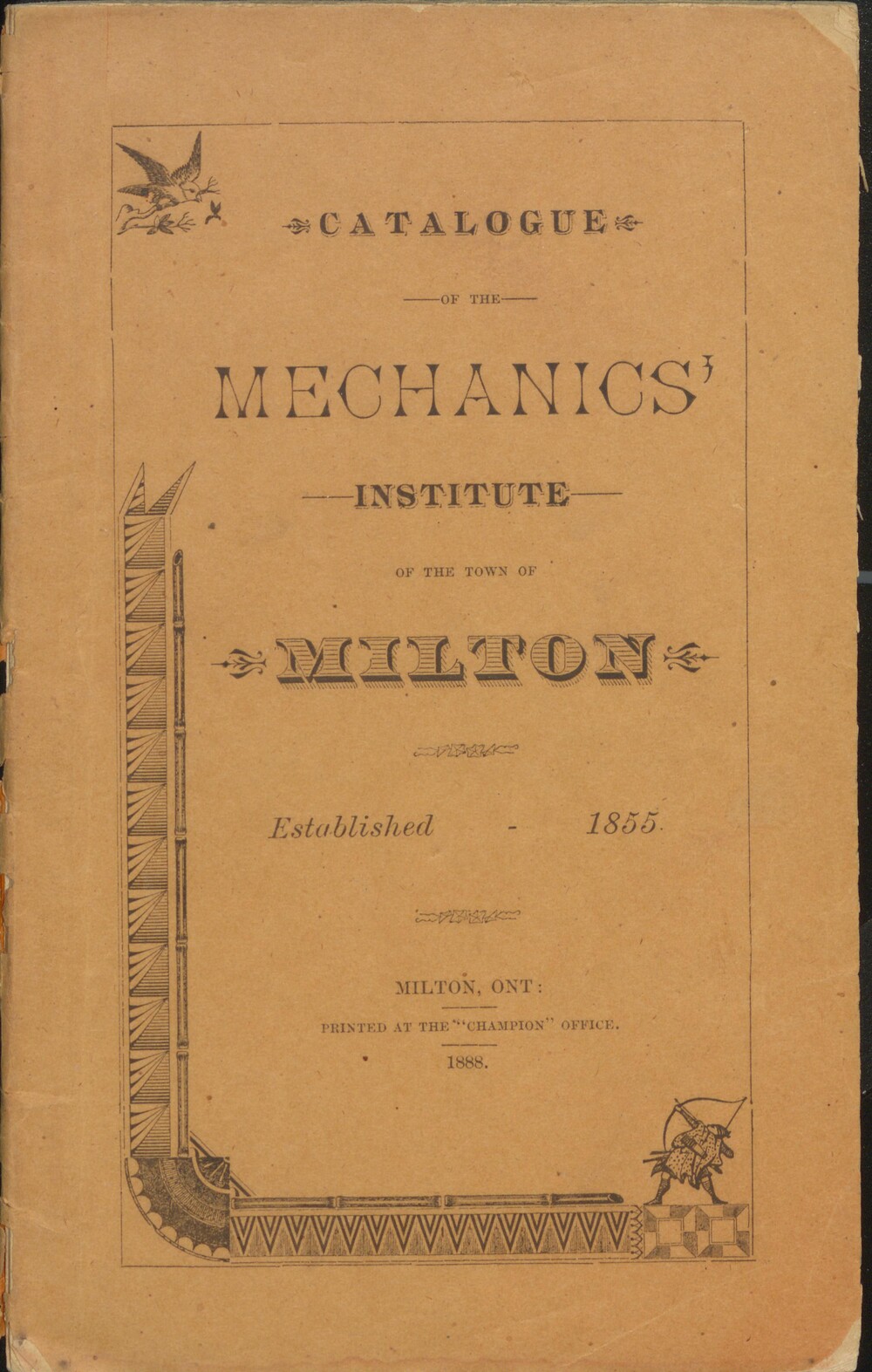 Catalogue of the Mechanics' Institute of the Town of Milton Details 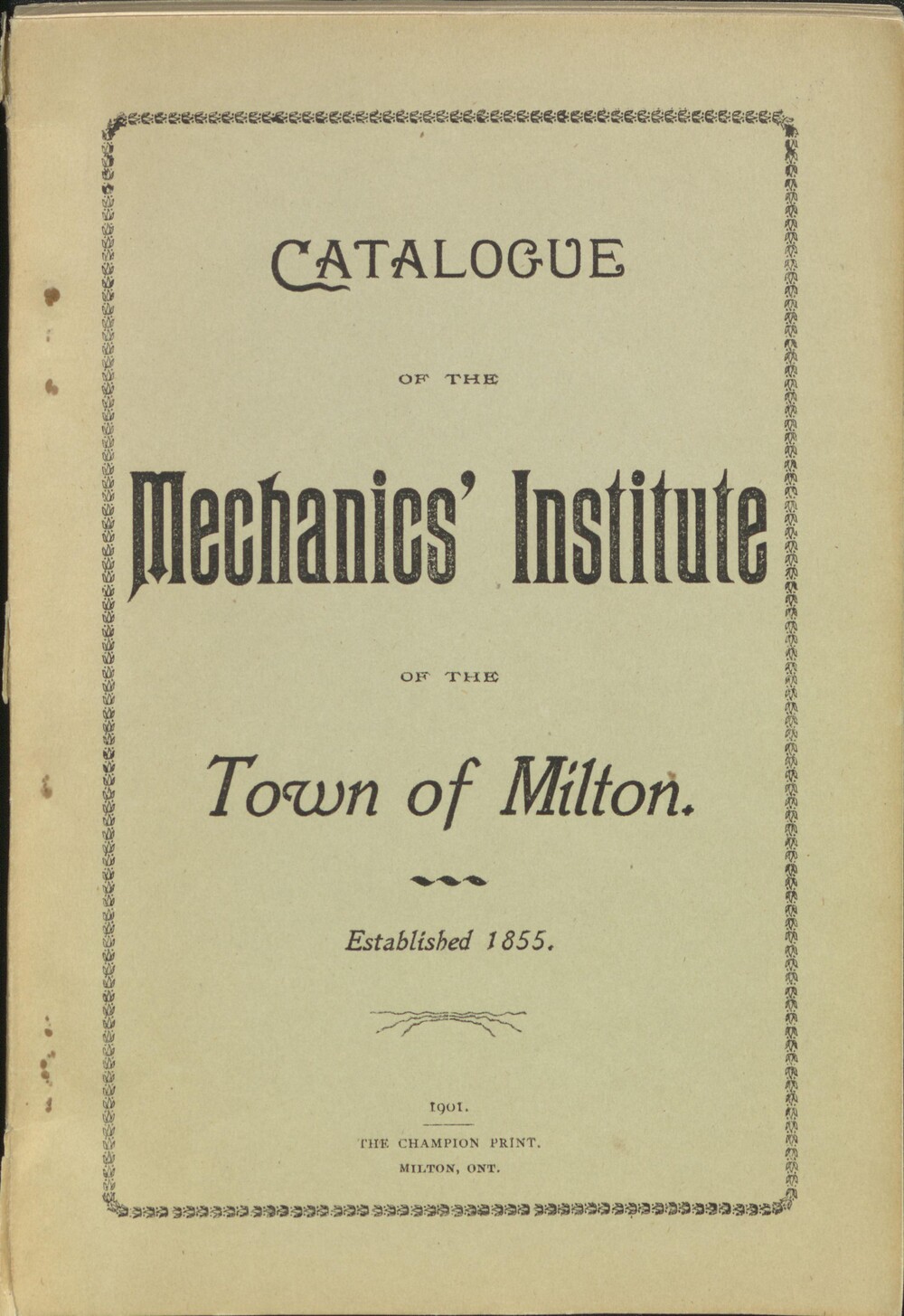